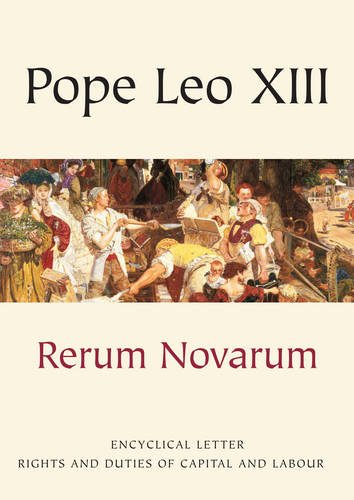 In Rerum Novarum, first published in 1891, Pope Leo XIII described in powerful and compassionate language the problems that were being encountered by an increasingly industrialised world. The worsening condition of workers and the solutions being suggested by socialism, called for a clear exposition of the Church's understanding of such fundamental human concerns as the ownership of private property and just wages. This important document proposed guidelines for limited state intervention to improve conditions and wages and stressed the importance of allowing the free association of workers to defend their own interests, while maintaining a just regard for the needs of employers. Rerum Novarum was called by John XXIII the magna carta of Catholic Social Teaching and has become a classic text. It lays the foundations of modern Catholic Social Teaching and has inspired more recent encyclicals, such as Centesimus Annus, Laborem Exercens nd Sollicitudo Rei Socialis.