Items related to Juanqinzhai in the Qianlong Garden (World Monuments... 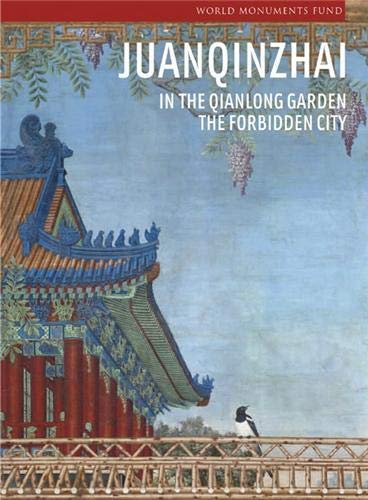 One of the five most important interiors to survive China's imperial past, Juanqinzhai (Lodge of Retirement), situated in the exquisitely designed Qianlong Garden, was all but abandoned when the last emperor left the Forbidden City in 1924. Built in 1771-76, the Lodge was designed by China's longest-reigning emperor for his personal use. Built when China was the largest and most prosperous nation in the world, the interiors of Juanqinzhai are the epitome of Chinese design and craftsmanship, constructed with the finest materials and artistry available. In 2003, Juanqinzhai, largely derelict and in a state of disrepair, became the subject of an international restoration project organised by the World Monuments Fund and the Palace Museum. This visually rich book celebrates the completion of the project in 2008, bringing this spectacular building into public light for the first time.

Nancy Berliner is Curator of Chinese Art at the Peabody Essex Museum in Salem, Massachusetts, and has been a consultant to the World Monuments Fund on the interpretation of Juanqinzhai.