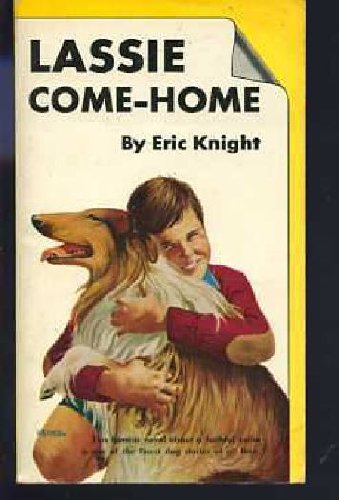 A re-telling of Edward Knight's story of Lassie, the faithful collie who walks from the Highlands of Scotland to Yorkshire to return to her master. The story is set during the Depression of the 1930s.

"The most faithful of all dogs returns in Lassie Come-Home by Eric Knight. ... This story of a boy and his beloved collie has been retold in many formats but appears here in its original unabridged version, with Marguerite Kirmse's charming b&w interior illustrations and new jacket art." - Publishers Weekly

Eric Knight was born in 1897 in Yorkshire, England, the countryside that was the background for Lassie Come-Home. He moved to the United States as a teenager. After graduating from Cambridge Latin School in Massachusetts, Eric Knight married and settled on a farm in Pennsylvania, where Lassie Come-Home was written and where the collie who inspired the book is buried.

Book Description Yearling, 1975. Condition: Good. Shows some signs of wear, and may have some markings on the inside. Seller Inventory # GRP113150056

Book Description -. Paperback. Condition: Very Good. Lassie Come Home (Classic adventures) This book is in very good condition and will be shipped within 24 hours of ordering. The cover may have some limited signs of wear but the pages are clean, intact and the spine remains undamaged. This book has clearly been well maintained and looked after thus far. Money back guarantee if you are not satisfied. See all our books here, order more than 1 book and get discounted shipping. Seller Inventory # 7719-9781855873483

Book Description Fabbri Publishing Ltd -. Paperback. Condition: Very Good. Shipped within 24 hours from our UK warehouse. Clean, undamaged book with no damage to pages and minimal wear to the cover. Spine still tight, in very good condition. Remember if you are not happy, you are covered by our 100% money back guarantee. Seller Inventory # 6545-9781855873483