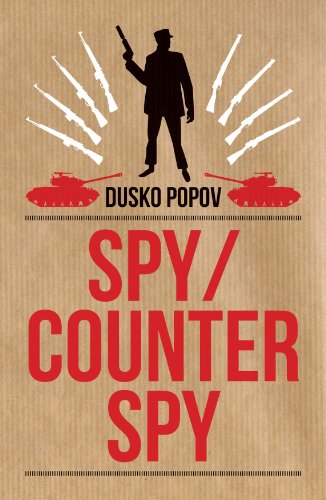 The memoirs of Dusko Popov, one of the most extraordinary spies of WWII, and allegedly the true life inspiration for James Bond. Popov, codenamed Tricycle, was born into a wealthy Serb family in pre-war Yugoslavia. Studying in a German university in the 1930s Popov encountered the Nazis for the first time, an experience that would determine him to combat fascism. Approached by both the British and the Germans, Popov became a double agent - travelling the world under diplomatic immunity for the German Abwehr but all the time passing information back to the Allies. Originally published in 1974, Spy/Counter Spy was described by Graham Greene as 'A classic of espionage'.

Dusko Popov was one of the most daring and successful spies of the Second World War. He died in 1981.