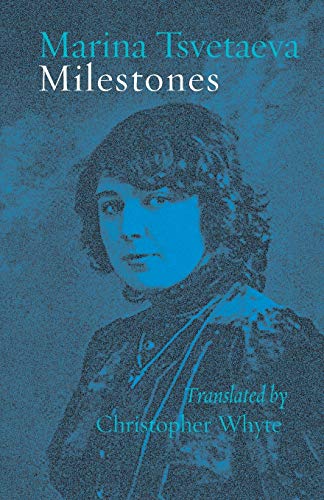 Milestones (1922) is regarded as Marina Tsvetaeva's first mature collection and remains one of the highlights of her entire career as a poet. It is a lyrical diary for 1916, the final year of Tsarist Russia, before the twin revolutions of February and October 1917. A young woman aged 23 is seen grappling with motherhood and marriage, with love, sex and friendship, with the traditions of the Orthodox church and her own instinctive polytheism, with the literary environment where she is reaching maturity and, last but not least, with the staggering dimensions of her own talent.

Milestones is an apt title for this collection, for the eighty-four poems within show a poet passing from mere talent into mastery of her craft. Composed between January and December of 1916, these poems find the twenty-four year-old Tsvetaeva thirsting for the fullness of life while at the same time contemplating the inevitability of death-a theme she was to revisit many times in her career. Tsvetaeva's work of the time also reflects her knowledge of (and pride in) her native culture, especially the centrality of Moscow as the ultimate destination of all Russians. Throughout the verse she opens up to the sensual wonders of nature-sky, forest, wind, and not least her beloved daughter Alya, who would come to figure greatly in the work and legacy of her mother.
Milestones lays out a sensual feast of moods, themes, styles, and rhythms-all the ingredients that would in time reveal Tsvetaeva as one of the most daring and original poets of her time.

Marina Tsvetaeva was born in 1892 in Moscow and died in 1941. Her other works include "The Ratcatcher," published in 2000 by Northwestern University Press. Robin Kemball is the translator of Tsvetaeva's "The Demesne of the Swans." He lives in Switzerland.

Book Description Shearsman Books, United Kingdom, 2015. Paperback. Condition: New. Language: English. Brand new Book. Milestones (Vyorsty) is an early collection by Marina Tsvetaeva (1892-1941), published in Moscow in 1922, before she left the country for the West. The book celebrates--among other things-her friendship with fellow-poet, Osip Mandelstam, and was her most innovative collection to that point, as well as an indication of the way her work would develop in her full maturity as a writer. Seller Inventory # AAV9781848614161