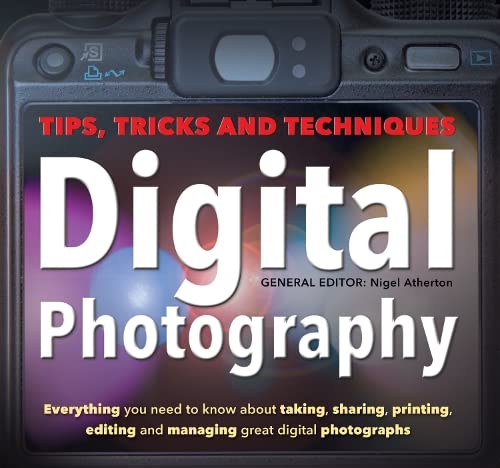 A comprehensive practical guide and reference aimed at beginner and intermediate photographers, "Digital Photography" introduces the basics of taking, making, managing and sharing digital photos. The main features range from how digital cameras and smartphones work, how to take great photographs and how to get the best from your computer, to creating photo libraries, sharing images by email and cloud networks, shooting specific projects and an in-depth section on computer hardware, software and image manipulation.

Nigel Atherton is currently the Editor of What Digital Camera, the UK's oldest digital photography magazine. Originally from Bath, Somerset, Nigel became interested in photography during his later year at school. After a year assisting a local photographer he studied photography, film and TV production at Plymouth College of Art and Design. In 1984 he became a cruise ship photographer, during which time he visited around 40 countries and supplied travel photography to a major stock library. On returning to the UK in 1990, Nigel worked as a ballistic and weapons photographer for the Ministry of Defense, then as a technical helpline manager for a major camera manufacturer before continuing his photographic education at the University of Westminster. He joined Amateur Photographer magazine as a technique writer in 1994, and was Features Editor from 1998 to 2001. After spending a year publishing photography books he became Editor of What Digital Camera in 2002. He lives in Brighton with his wife and two children.