Items related to Under the Udala Trees

Chinelo Okparanta Under the Udala Trees

Under the Udala Trees 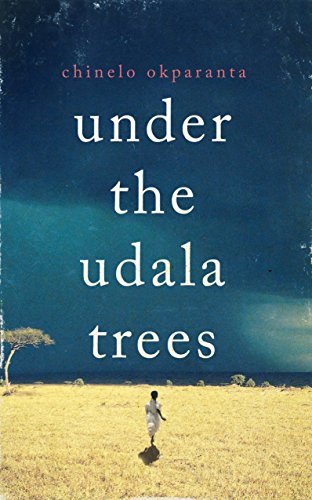 One day in 1968, at the height of the Biafran civil war, Ijeoma's father is killed and her world is transformed forever. Separated from her grief-stricken mother, she meets another young lost girl, Amina, and the two become inseparable. Theirs is a relationship that will shake the foundations of Ijeoma's faith, test her resolve and flood her heart. In this masterful novel of faith, love and redemption, Okparanta takes us from Ijeoma's childhood in war-torn Biafra, through the perils and pleasures of her blossoming sexuality, her wrong turns, and into the everyday sorrows and joys of marriage and motherhood. As we journey with Ijeoma we are drawn to the question: what is the value of love and what is the cost? A triumphant love story written with beauty and delicacy, Under the Udala Trees is a hymn to those who've lost and a prayer for a more compassionate world. It is a work of extraordinary beauty that will enrich your heart.

'Boldly unadorned and utterly heartbreaking - Okparanta dares to tell a story that the world desperately needs to hear. Almost fable-like in its simplicity... Raw, emotionally intelligent and unflinchingly honest... A triumph' -- Taiye Selasi, author of Ghana Must Go
'[This] debut novel eloquently advocates resisting the narratives handed down by previous generations, and the unadorned eroticism of Ijeoma's relationships with other women is a rebuke to the doctrine that condemns them as an 'abomination'. Okparanta takes comfort in the capacity for people to change, but her postscript is poignant: in 2014, Nigeria criminalised the very relationships she portrays' --Lettie Kennedy, Observer

'A harrowing coming-of-age tale that, with elegant prose, captures the conflict of the time while illustrating how it resounds today. Okparanta shines a light on the plight of the gay community in Nigeria, where its condemnation is tragically not consigned to the history books' -- Antonia Charlesworth, Big Issue in the North

'A beautifully written book with some big themes... Yet it manages to have a unique perspective on [them]... This has high hopes for the Baileys Prize... Very smart, but [it] never loses that emotional core' -- Anna James, A Case for Books

'Powerful from page one... Okparanta's writing is perfectly paced and a delicate balance between the poetic and the blunt and sparse. Ijeoma is an exceptional character' -- Beth Townsend, Plastic Rosaries

'Okparanta's remarkable debut novel tackles big issues. Under the Udala Trees [recalls] the work of Chimamanda Ngozi Adichie in its powerful interweaving of the personal and the political. Okparanta's simple, direct prose is interspersed with [...] allegory and folklore and [...] the dizzying scope of her storytelling keeps you gripped to the end' -- Lucy Popescu, Financial Times

'DIVA favourite and LAMBDA 2016 winner Chinelo Okparanta is a Nigerian-American author with an ongoing commitment to chronicling the experiences of LGBT people in Nigeria... In this coming-of-age narrative, Ijeoma is forced to navigate the competing forces pulling at her identity... Although her struggle is complicated and incredibly bleak, her resistance to societal expectations makes Ijeoma's story intensely relatable.' --DIVA magazine

'A brave novel seeking to challenge prejudice... Okparanta describes with clarity and seeming simplicity states that are not simple at all' -- Aida Edemariam, the Guardian
'A beautiful and tender coming of age story that opens during the Biafran Civil War and sees our heroine through first love, marriage and motherhood as she struggles with the demands of love and faith' -- Stylist

'The characters and the plot are utterly convincing... Okparanta's language choices are also impressive, moving between poetic and prosaic, depending on the requirements of the story... It's almost impossible to believe that Under the Udala Trees is a debut novel. It's beautifully crafted, gripping and heart-breaking with moments of brightness piercing the dark, hostile environment of Christian, patriarchal, homosexual Nigeria. I'll be astonished if this doesn't make the shortlist of every prize it's eligible for. Chinelo Okparanta is a major new voice in fiction' -- Naomi Frisby, Writes of Women
'[Okparanta's] pared-back plain prose [is] an effective counterblast to the drama and horror of war' -- Lesley McDowell, Sunday Herald
'A culture of sexual and gender oppression is vividly examined by the Nigerian author who has won the O. Henry Prize and Lambda Award for her short stories. [It] offers a memorable, evocative account of a woman's fight to assert her identity in a country that scorns her' -- Sarah Gilmartin, Irish Times
'[The] use of traditional story structure is interwoven with the simple Biblical language... Okparanta's writing is beautiful and moving' --Laura Tisdall blog

[This] love story has hypnotic power. The New Yorker

Ijeoma comes of age as her nation does. Born before independence, she is eleven when civil war breaks out in the young republic of Nigeria. Sent away to safety, she meets another displaced child and they, star-crossed, fall in love. They are from different ethnic communities. They are also both girls.But when their love is discovered, Ijeoma learns that she will have to hide this part of herself and there is a cost to living inside a lie.

Inspired by Nigeria s folktales and its war, Chinelo Okparanta shows us, in graceful and precise prose (New York Times Book Review), how the struggles and divisions of a nation are inscribed on the souls of its citizens. Powerful and heartbreaking, Under the Udala Trees is a deeply moving commentary on identity, prejudice, and forbidden love (BuzzFeed).

An important and timely read, imbued with both political ferocity and mythic beauty. Bustle

A real talent. [Under the Udala Trees is] the kind of book that should have come with a cold compress kit. It s sad and sensual and full of heat. John Freeman, Electric Literature

Demands not just to be read, but felt. Edwidge Danticat

Born in Port Harcourt, Nigeria, Chinelo Okparanta is the author ofHappiness, Like Water. Her honors include an O. Henry Prize, twoLambda Literary Awards, and finalist selections for the Young Lions, the Caine Prize, and the Rolex Mentors andProteges Arts Initiative. She lives in New York."

1. Under the Udala Trees

2. Under the Udala Trees

Book Description Granta Books, 2012. Condition: Good. Ships from the UK. Shows some signs of wear, and may have some markings on the inside. Seller Inventory # GRP99180839

3. Under the Udala Trees