Items related to Nelson's Men O' War: In Conjunction with the... 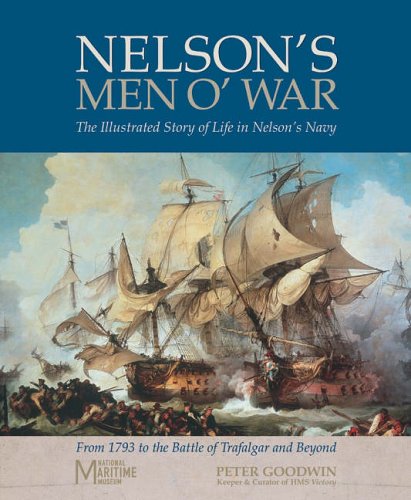 Published to coincide with the bicentenary of Nelson's victory at Trafalgar, Nelson's Men o' War is a fascinating account of the day-to day reality of life at sea during the Napoleonic wars. Endorsed by the world renowned National Maritime Museum, Greenwich, the book contains a wealth of illustrations and first-hand accounts. Discover the hardships, the discipline and the dangers of life on board the Royal Navy's warships in the early nineteenth century. Including an outline of Nelson's career and battles, Nelson's Men o' War vividly brings to life this dramatic period of maritime history.

Peter Goodwin served in the Royal Navy. He was appointed as the first Keeper and Curator of Nelson's ship HMS Victory. His most recent books are Countdown to Victory: 101 Questions and Answers about HMS Victory and Nelson's Ships: A History of the Vessels in which he Served 1771-1805. He acted as a consultant for the film Master and Commander.