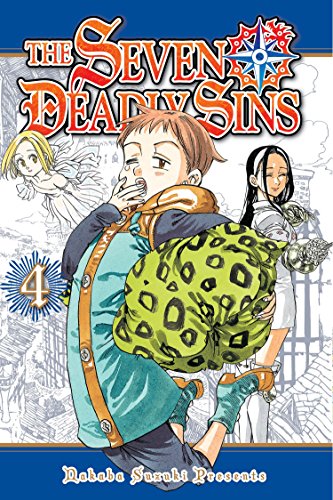 This new manga series takes readers to the land of Britannia, a picturesque country ruled by the benevolent King Lyonnesse - or at least it was, until the king's guard assassinated him and started a full-blown Holy War! Now the king's only daughter Elizabeth must seek the aid of the dreaded warriors, the Seven Deadly Sins. Wrongly framed and sent into exile, they're now the princess's only hope to free the kingdom from the grip of the villainous Holy Knights!

Nakaba Suzuki is one of only a few manga artists to have work published in all of the "big three" boys' magazines: Shonen Jump, Shonen Sunday, and Shonen Magazine.The Seven Deadly Sins is his first series to be translated into English.

Book Description Kodansha Comics. PAPERBACK. Condition: New. 161262927X Brand New! Not Overstocks or Low Quality Book Club Editions! Direct From the Publisher! We're not a giant, faceless warehouse organization! We're a small town bookstore that loves books and loves it's customers! Buy from us and you get great service as well as a great price! Your business is valued and your satisfaction is guaranteed!|VCF. Seller Inventory # OTF-S-9781612629278