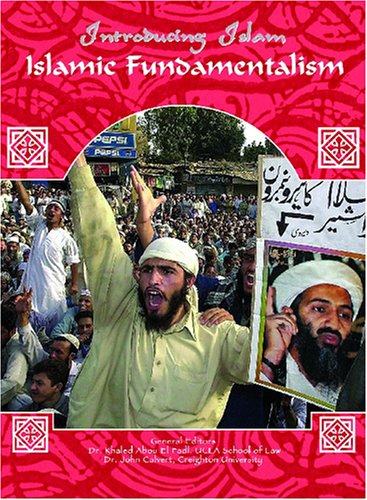 The religion known as Islam emerged on the Arabian Peninsula during the seventh century and spread quickly. Today, the Muslim population is estimated at 1.2 billion, making it the world's second-largest religion. Islam is also the world's fastest-growing religion. It is estimated that there are more than 6 million Muslims living in the United States and Canada. The modern global community makes it essential that students understand this important monotheistic faith. The eight books in the INTRODUCING ISLAM series provide a comprehensive overview of the religion and its teachings, and also discuss such important issues as the relationship of Islam to other major world faiths, such as Christianity and Judaism, the growth of Islam in North America, and the socioeconomic conditions of countries in the Muslim world.

A guide to the rise and practice of fundamentalism in the Islamic world discusses its origins and beliefs, how it manifests itself in different regions of the world, and the response it has evoked in the West.