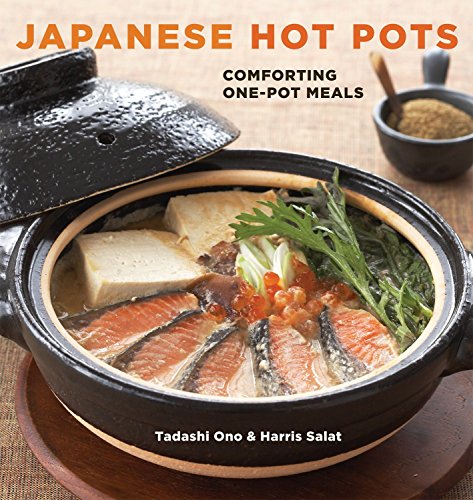 "What a gorgeous, fun, inspiring, smart book! Its pleasures are twofold: first, Tadashi Ono and Harris Salat have written a delightful cultural history of one of Japan's premier foods; second, they have compiled fifty accessible recipes guaranteed to please the American home cook. It is a must-have for all lovers of Japanese food." --James Oseland, editor in chief of Saveur, author of Cradle of Flavor

"The international collaboration of Chef Tadashi Ono and culinary chronicler Harris Salat has brought forth a fine cookbook devoted to nabe, those marvelous Japanese cook-at-the-table, single-pot dishes that nourish and nurture warm friendships. This multitalented team shares a wealth of kitchen tips with their readers, spicing up good cooking advice with tasty tales." --Elizabeth Andoh, author of Washoku: Recipes from the Japanese Home Kitchen

TADASHI ONO was the executive chef of Matsuri in New York City. He has been featured in the New York Times, Gourmet, Food & Wine, and other prestigious publications.

HARRIS SALAT writes about food and culture for the New York Times, Gourmet, Saveur, and other publications. He is the coauthor of Takashi's Noodles. He lives in New York City.

Book Description Paperback. Condition: New. Paperback. Shabu-shabu. Sukiyaki. Oden. Known as Japanese comfort food, hot pot cooking satisfies the universal desire for steaming, gratifying, and hearty meals that the whole family can enjoy. In J.Shipping may be from multiple locations in the US or from the UK, depending on stock availability. 150 pages. 0.720. Seller Inventory # 9781580089814