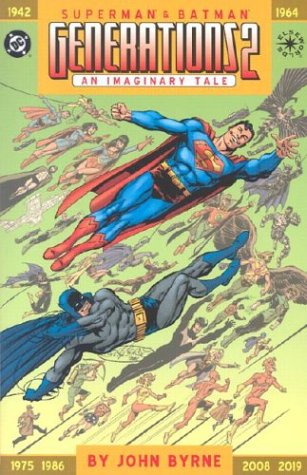 Collecting the first sequel to John Byrne's SUPERMAN & BATMAN: GENERATIONS! Imagine if Superman and Batman aged normally from their debuts in 1938 and 1939! How would their legacies be passed on to future generations of heroes? With appearances by Wonder Woman, Flash, Green Lantern, the JSA, the Spectre, Batgirl, Blackhawk, Deadman, Cyborg, and others, this volume has twists at nearly every turn! For more information, see the feature article.