Items related to The Egyptian: A Novel

Waltari, Mika The Egyptian: A Novel

The Egyptian: A Novel 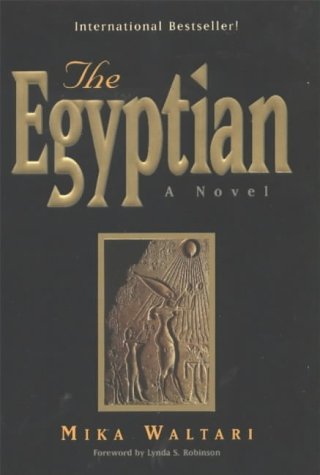 First published in the United States in 1949 and widely condemned as obscene, The Egyptian outsold every other novel published that year, and remains a classic; readers worldwide have testified to its life-changing power. It is a full-bodied re-creation of a largely forgotten era in the world’s history: the Egypt of the 14th century B.C.E., when pharaohs and gods contended with the near-collapse of history’s greatest empire. This epic tale encompasses the whole of the then-known world, from Babylon to Crete, from Thebes to Jerusalem, while centering around one unforgettable figure: Sinuhe, a man of mysterious origins who rises from the depths of degradation to become personal physician to Pharaoh Akhnaton.

Mika Waltari (1908–1979) is best known for his historical novels, which include The Etruscan and The Roman. He is widely considered the greatest Finnish writer of the 20th century.

1. The Egyptian: A Novel (Rediscovered Classics)

3. The Egyptian: A Novel (Rediscovered Classics)