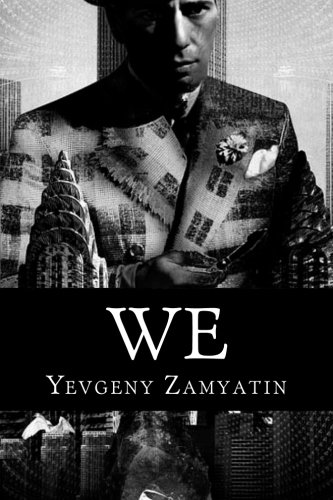 WE, one of the most powerful dystopias of all time, was written right after the Russian Revolution, and has been seen as a general warning about totalitarianism, and the danger of reducing people to numbers inside a perfect system of conformity. It contains a serious warning against the dangers of a world where people can be judged for thought crimes and non-conformist behavior, and eliminated for that. It takes place in the 26th century. After two centuries of war, a "perfect" society has been created. There are no names, only numbers, and people live in crystal homes where everybody is watched. and everybody is a number under the benevolent yoke of reason. This “perfect society” is ready to go out and conquer space, spreading its perfection throughout the cosmos. But before, it has to finally and forever destroy descent... Orwell (1984) and Huxley (Brave New World) accused mutually of borrowing more than one idea or two from this thought-inducing novel, here presented in a modern translation.