Items related to The Triple-Post Offense 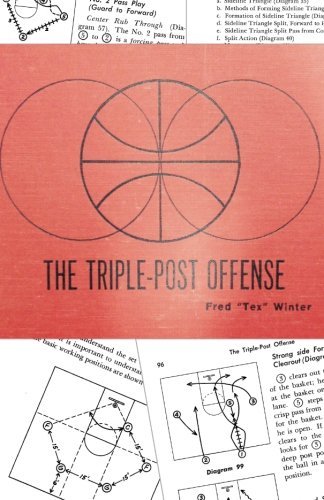 This is it. A book just as famous as it has been (until now) nearly impossible to find. The "Triangle Offense," deployed with devastating effect by Phil Jackson as coach of the Chicago Bulls during the 80s and 90s and of the Los Angeles Lakers during the 2000s, was first comprehensively set forth in this classic book by Fred "Tex" Winter. Winter himself was a consultant to Jackson during the Bulls and Lakers years. Now Jackson has brought back the Triangle for the New York Knicks.

This book does not merely lay out a strategy for play; it offers a philosophy of coaching and of excellence in team athletics that is as valuable to the player as it is to the coach.

Perplexingly, this authoritative classic of the sport has been out of print for decades. No longer. "Tex" is back.