Items related to Ports and Players 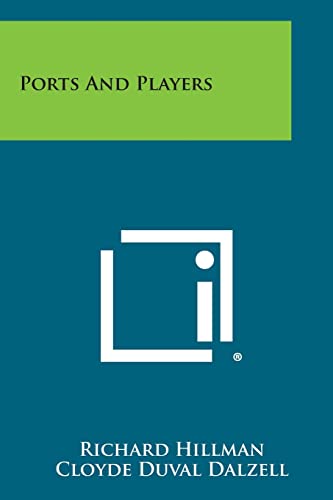 This is a new release of the original 1941 edition.

Richard Hillman is a professor of English at the Universite Francois-Rabelais in Tours, France. His previous books include "Self-Speaking in Medieval "and "Early Modern English Drama,"
Colette Quesnel is affiliated with the Universite du Quebec a Montreal. She is the author of "Mourir de rire d'apres et avec Rabelais," Together they translated and edited "Preface to the Essays of Michel de Montaigne by His Adoptive Daughter, Marie le Jars de Gournay,"