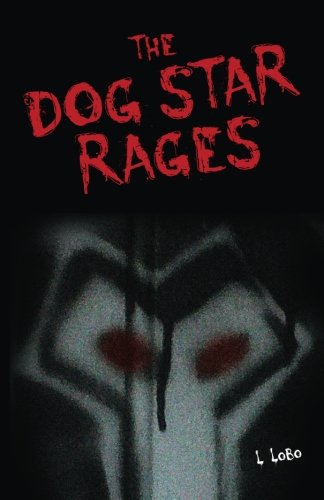 THE DOG STAR RAGES Establishment Law Firm, Grace Withers: hit by the credit crunch and wallowing in the mire of recession. Partners begin to die: nine in the space of ten weeks. The authorities are baffled. Are the deaths a series of freak accidents or is there a serial killer on the loose? A diary comes to light, packed with scandalous disclosures: a secret sub-partnership with over half a billion in embezzled funds; death threats against management made by deranged but untraceable tweeter “the Steppenwolf”; gangland executions; lurid accounts of a secret sex ring operating among the city’s elite ... the authorities are thrown into a tailspin. Confusion reigns. A few months later a second version of the “Murder Diary” surfaces attached, this time, to the last will and testament, in effect the posthumous confession, of someone who claims both authorship of the journal and responsibility for the murders which it chronicles. Here they are then, presented to the reader: the Last Will and Testament of a Serial Killer and the Diary of Death to which it refers. Follow the convoluted life and times of burnt-out and bankrupt corporate partner, Atticus Lane, as he struggles to gain control of a secret half billion pound bank account, free himself from the clutches of local gangster “Mad Dog” Kilkenny and consummate his relationship with the beautiful Ms Thorogood. Will he find out who is behind the killings before he becomes the final victim? Wholesale murder and fraud on a biblical scale ... set amidst the everyday agonies of life at a Law Firm. But who’s calling the shots ... the wolf, the dog or the fox? Topical, clever and wickedly funny. A complex and gripping murder mystery that will keep you guessing long after the final page has been turned.

L LoBo’s identity is a closely guarded secret. He has been a senior partner in a prominent UK Law Firm for many years. He has never actually murdered any of his colleagues. Nothing was ever proved.