Items related to The Enchanted Castle 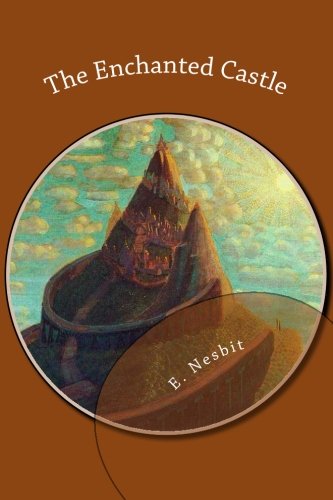 The Enchanted Castle is a children's fantasy novel by Edith Nesbit first published in 1907. The enchanted castle of the title is a country estate in the West Country seen through the eyes of three children, Gerald, James and Kathleen, who discover it while exploring during the school holidays. The lake, groves and marble statues, with white towers and turrets in the distance, make a fairy-tale setting, and then in the middle of the maze in the rose garden they find a sleeping fairy-tale princess. The "princess" tells them that the castle is full of magic, and they almost believe her. She shows them the treasures of the castle, including a ring she says is a ring of invisibility, but when it actually turns her invisible she panics and admits that she is the housekeeper's niece, Mabel, and was just play-acting. The children soon discover that the ring has other magical powers. The Enchanted Castle was written for both children and adults. It combines descriptions of the imaginative play of children, reminiscent of The Story of the Treasure Seekers, with a magic more muted than in her major fantasies such as The Story of the Amulet.

Edith Nesbit (married name Edith Bland; 15 August 1858 – 4 May 1924) was an English author and poet whose children's works were published under the name of E. Nesbit. She wrote or collaborated on over 60 books of fiction for children, several of which have been adapted for film and television. She was also a political activist and co-founded the Fabian Society, a precursor to the modern Labour Party.