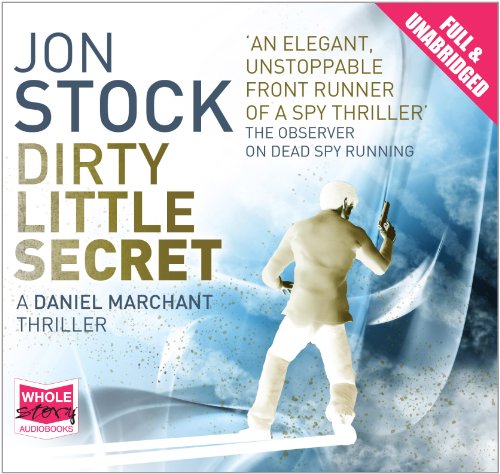 The third instalment of the pulse-pounding Legoland Trilogy. The special relationship between London and Washington is in tatters. Salim Dhar, the world's most wanted terrorist, has disappeared after an audacious attack on an American target in the UK. The CIA believes Daniel Marchant was involved. But Marchant has a bigger secret: Dhar has agreed to work for MI6. In return Marchant must help him with a final strike against America. But does loyalty to one's country come above all else, whatever the price? This recording is unabridged. Typically abridged audiobooks are not more than 60% of the author's work and as low as 30% with characters and plotlines removed.

'As elegant as Le Carré and as cynical as the twenty-first century ... exactly what we need from a spy novel now' --Lee Child on Dead Spy Running

'An elegant, unstoppable front runner of a spy thriller' --The Observer on Dead Spy Running

Prior to becoming a writer, Jon Stock was Weekend editor of the Telegraph. He is the author of four novels, The Riot Act, The Cardamom Club, Dead Spy Running and Games Traitors Play. He is also a columnist with The Week magazine in India. He lives in Wiltshire with his wife and three young children.