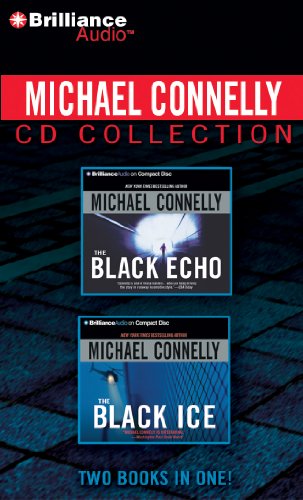 For LAPD homicide cop Harry Bosch—hero, maverick, nighthawk—the body in the drainpipe at Mulholland Dam is more than another anonymous statistic. This one is personal.

The dead man, Billy Meadows, was a fellow Vietnam "tunnel rat" who fought side by side with him in a nightmare underground war that brought them to the depths of hell. Now, Bosch is about to relive the horror of Nam. From a dangerous maze of blind alleys to a daring criminal heist beneath the city to the torturous link that must be uncovered, his survival instincts will once again be tested to their limit.

Narcotics officer Cal Moore's orders were to look into the city's latest drug killing. Instead, he ends up in a motel room with his head in several pieces and a suicide note stuffed in his back pocket.

Years ago, Harry Bosch learned the first rule of the good cop: don't look for the facts, but the glue that holds them together. Now, Harry's making some very dangerous connections, starting with one dead cop and leading to a bloody string of murders that winds from Hollywood Boulevard's drug bazaar to the dusty back alleys south of the border and into the center of a complex and lethal game—one in which Harry is the next and likeliest victim.

A former police reporter for the Los Angeles Times, Michael Connelly is the internationally bestselling author of the Harry Bosch thriller series. The TV tie-in series - Bosch - is one of the most watched original series on Amazon Prime and is now in its third season. He is also the author of several bestsellers, including the highly acclaimed legal thriller, The Lincoln Lawyer, which was selected for the Richard & Judy Book Club in 2006, and has been President of the Mystery Writers of America. His books have been translated into thirty-nine languages and have won awards all over the world, including the Edgar and Anthony Awards. He spends his time in California and Florida.