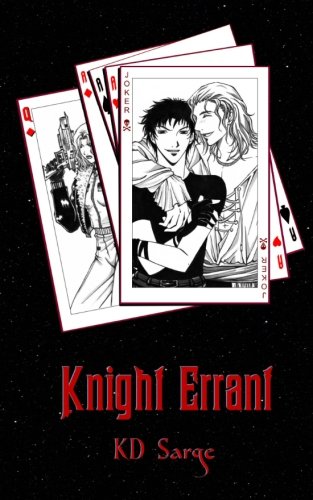 From pickpocket and con artist to little brother and trusted comrade is a tough transition, but Taro is making it. His new sister, former Marine Eve Marcori, promised his dead mother she'd "look after" him. To her that means family, home--her interstellar freighter--and a solid future. In four years she has trained Taro extensively; the next step is college. Taro would rather be shot, but he never forgets his debt to Eve, so he means to honor her plans or die in the attempt. When Eve rescues former joy-boy and current layabout Rafe Ballard, death seems the likely outcome. Rafe is so apparently useless that Eve calls him 'the baggage' and appoints Taro his custodian. Irritated into disobedience by his carefree charge, Taro tries to get rid of Rafe. Instead he gets them both kidnapped by the jealous husband Rafe was fleeing. Though they are off-planet before Taro can act, his training may be enough to bring them safely through--but now he has bigger problems. Forced into partnership--and freedom--with Rafe, Taro begins to see him differently. Kind, funny, and caring, Rafe is everything Taro never knew he wanted. And all he can't have. Eve's plans leave no room for a playboy boyfriend who can never measure up, and Taro can't let her down. Caught between the sister he'd die for and the man he's beginning to live for, Taro decides it's time to start making his own plans. And if the new skills aren't enough, he'll give the old ones a try. *For those looking for steamy romance, this is not it. I hope you'll try it anyway!

KD Sarge writes for joy and hope, and works for a living. She has tried her hand at many endeavors, including Governess of the Children, Grand Director of the Drive-Through, and Dispatcher of the Tow Trucks. Currently KD labors appreciated but underpaid in the public school system. Past accomplishments include surviving eight one-year-olds for eight hours alone, driving a twenty-foot truck from Ohio to Arizona by way of *shudder* Oklahoma, and making a six-pack of tacos in twenty-three seconds. Writing achievements include the Weightiest First Draft Ever, as well as eight other, much lighter, completed novels. She has four universes under construction, writes science fiction, fantasy, steampunk, smut (in many genres), and means to one day undertake a cosy mystery. She is an active participant on two writing forums. KD has won NaNoWriMo four times and NaNoEdMo once. A widow, KD lives in Arizona with three children, two of them furred and all of them demanding. Please visit KD at kdsarge.com, or keep an eye on book developments at Turtleduckpress.com. She can be found and followed on Twitter at twitter.com/kdsarge.