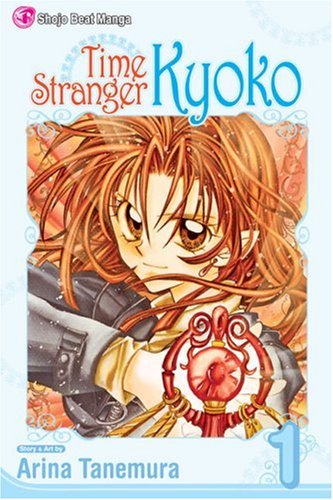 Time Stranger Kyoko, Volume 1 Kyoko Suomi is the princess of Earth. She lives among the commoners, unwilling to reveal her true identity and ascend the throne. The king will only allow Kyoko to live as she pleases on one condition: if she revives her twin sister Ui, who has been trapped in time since birth. Full description

Arina Tanemura began her manga career in 1996 when her short stories debuted in Ribon magazine. Tanemura gained fame with the 1997 publication of I-O-N, a high school romance with a supernatural twist. From 1998 to 2000, she worked on the popular series Kamikaze Kaito Jeanne, about a young girl who is the reincarnation of Joan of Arc, followed by Time Stranger Kyoko in 2000-2001 and Full Moon in 2002. Despite Tanemura's intentions to draw in a style that makes her stories difficult to animate, both Kamikaze Kaito Jeanne and Full Moon have been adapted into TV series.