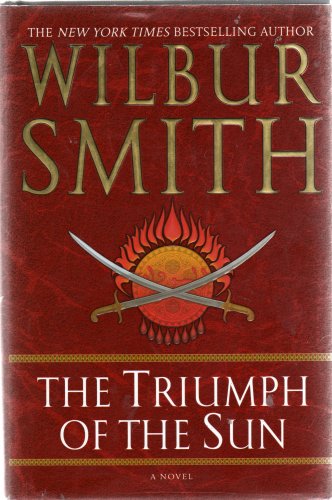 Wilbur Smith was born in Central Africa in 1933. He was educated at Michaelhouse and Rhodes University.

He became a full-time writer in 1964 after the successful publication of WHEN THE LION FEEDS, and has since written thirty novels, all meticulously researched on his numerous expeditions worldwide. His books are now translated into twenty-six languages

1. The Triumph of the Sun [Hardcover] Wilbur Smith

2. The Triumph of the Sun [Hardcover] Wilbur Smith