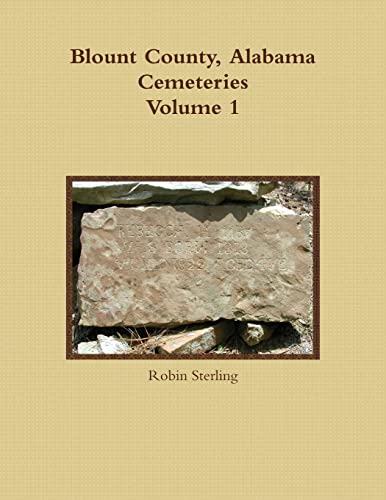 Blount County was carved out of the territory ceded to the State by the Creek Indians following their defeat at the Battle of Horseshoe Bend. The earliest settlers began streaming into the former wilderness as early as 1817. Blount was originally a large county, but over the decades pieces were taken to make up other adjoining counties such as Jefferson, Marshall, Etowah, and Cullman. Every cemetery within the contemporary boundaries of Blount was visited by the author and each readable tombstone was copied to develop the contents of this three volume series. Most of the cemeteries were read in 2002. Volume 1 covers alphabetically A through H, beginning with the Alldredge Family Cemetery and concluding with the High Rock Methodist Church Cemetery. This book is vital to any serious student of Blount County genealogy and history.