Items related to General James Longstreet The Confederacy's Most... 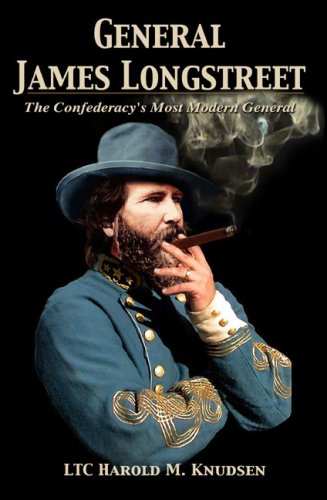 While many books and writings are available on the history of Lieutenant General James Longstreet of the Confederate States Army, nearly the entire body of this historiography marginalizes his accomplishments and is devoted to his falling from grace with the postwar Southern elites. This piece of historiography aims to look at Longstreet with twenty-first century objectivity, and completely abandons the Lost Cause linked hatred that many postwar Southern elites had for him and his post war politics. While Longstreet s political incorrectness was the reason he became ignored, politics is completely irrelevant to the student of warfare looking to garner lessons from Longstreet s battles and campaigns. This work will compare the similarities of Longstreet s innovations and operations to certain aspects of war that became standard in the First and Second World Wars. Interpreting Longstreet through the comparison of his methods to twentieth century methods shows Longstreet was a very modern general. Even more important than identifying Longstreet s originality is identifying how his actions greatly added to the changing complexion of warfare. Some of his innovations were the early origins of prominent facets in twentieth century warfare, and he clearly established his legacy as a modern innovator as early as 1862. But only now are the postwar negative portrayals of Longstreet faded enough for him to emerge as the Confederacy s most modern general.

Book Description USA Publishing, 2010. Hardcover. Condition: GOOD. Has little wear to the cover and pages. Contains some markings such as highlighting and writing. Seller Inventory # 0982659202_abe_gd

Book Description USA Publishing, 2010. Condition: Good. A+ Customer service! Satisfaction Guaranteed! Book is in Used-Good condition. Pages and cover are clean and intact. Used items may not include supplementary materials such as CDs or access codes. May show signs of minor shelf wear and contain limited notes and highlighting. Seller Inventory # 0982659202-2-4