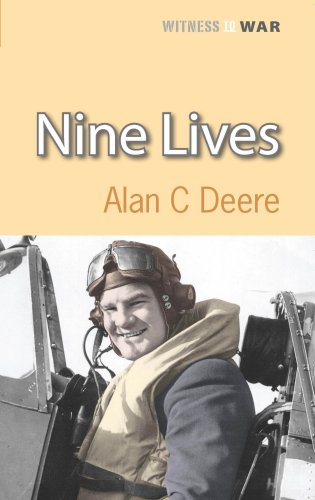 The renowned autobiography of New Zealand's most famous RAF pilot who saw action from the Munich Crisis to the invasion of France in 1944. Al Deere experienced the drama of the early days of the Battle of Britain while serving with Spitfire squadrons based at Hornchurch and Manston, and his compelling story tells of the successes and frustrations of those critical weeks. Deere's nine lives are the accounts of his fantastic luck in escaping from seemingly impossible situations. During the Battle of Britain he parachuted from stricken aircraft on three occasions and once was blown up by a bomb while taking off from Hornchurch during an attack on the airfield. In March 1943 Deere was appointed Wing Commander of the famous Biggin Hill Wing and by the end of the war, his distinguished 'score' was destroyed twenty-two, probables ten and damaged eighteen.

Al Deere came to Britain in 1937 to receive his RAF training. He fought throughout the Battle of Britain and continued on offensive operations over Europe, eventually commanding the famous Biggin Hill Wing. This is his renowned autobiography.'