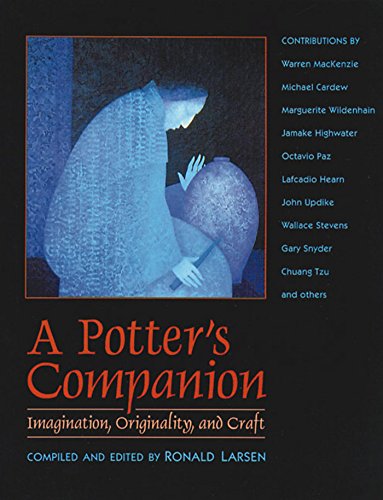 In a celebration of the functional and the handmade, potter Ronald Larsen has gathered an engaging collection of essays, stories, poems, and observations by a wide range of potters, writers, philosophers, and other artisans, exploring the history, aesthetics, and philosophy behind making pots--or anything else--by hand.

"This is not a book to be read from front to back but rather a book to dip into at random for refreshment of the spirit, for a laugh, for reflection, or in some cases for a challenge to ideas held dear. Each time I have opened it there has been a surprise and something to engage my interest."--From the foreword by Warren MacKenzie, master potter

A former professor of mathematics at Yale University who holds a Ph.D. from Stanford University, Ronald Larsen established Crary Mills Pottery in New York State in 1978. Since then, he has been a full-time studio potter who makes functional stoneware pottery using traditional hand methods. His work has been exhibited throughout the country.