Items related to A World Without Bees

A World Without Bees 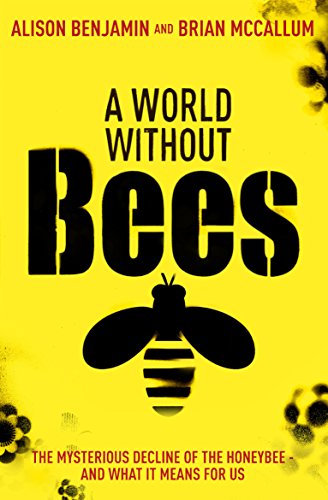 In America, one in three hives was left lifeless at the beginning of 2008

In France, the death rate was more than 60 percent.

In Britain, a government minister warned that honey bees could be extinct within a decade.

A third of all that we eat, and much of what we wear, relies on pollination by honeybees. So if - or when - the world loses its black-and-yellow workers, the consequences will be dire.

What is behind this catastrophe?

Viruses, parasites, pesticides and climate change have all been blamed. As has modern monoculture agribusiness.In this timely book, two keen amateur apiarists investigate all the claims and counterclaims with the help of scientists and beekeepers in Europe, America and beyond.

They ask the question that will soon be on everyone's lips: is there any possible way of saving the honeybees - and, with them, the world as we know it?

a highly enjoyable, polished, well-researched homage to the honeybee (Observer)

'If the bee disappeared off the surface of the globe then man would only have four years of life left.' Albert Einstein

A World Without Bees [Paperback] Benjamin, Alison and McCallum, Brian