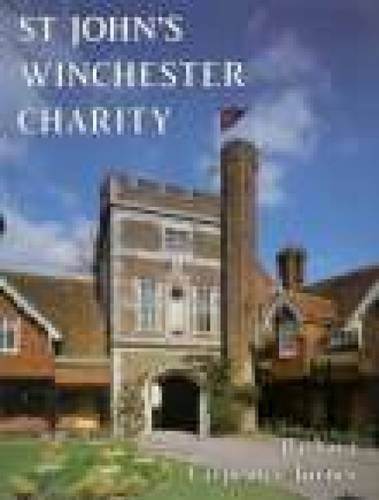 St John’s Winchester Charity can trace its origins back to the early 10th century. The Charity now incorporates a number of ancient Winchester institutions, the oldest of them is the Hospital of St John the Baptist, founded by St Brinstan, who became bishop in A.D. 931. Almost equally venerable was Winchester’s hospital for lepers, St Mary Magdalen, which was certainly in existence in the 11th century but was destroyed in the late 18th century and little documentary evidence survives for it, in contrast with St John’s and St Cross.

Book Description -, 1992. Hardcover. Condition: Very Good. St John's Winchester Charity This book is in very good condition and will be shipped within 24 hours of ordering. The cover may have some limited signs of wear but the pages are clean, intact and the spine remains undamaged. This book has clearly been well maintained and looked after thus far. Money back guarantee if you are not satisfied. See all our books here, order more than 1 book and get discounted shipping. Seller Inventory # 7719-9780850338430