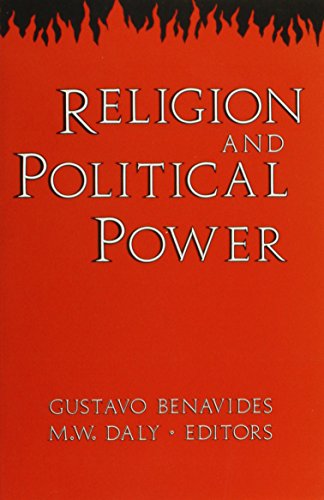 This book explores the interaction between two of the most charged topics in the modern world, religion and politics. It shows the inextricable connection between religious attitudes and representations, and political activities.

Gustavo Benavides is Lecturer in the Department of Religious Studies at Villanova University.

M. W. Daly is Assistant Professor in the Department of History at Memphis State University.