Items related to The Worst Witch: 01 (Magical Adventures of the Worst... 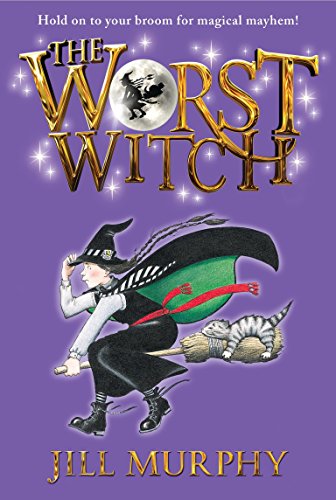 Mildred Hubble is starting her first year at Miss Cackle's Academy for Witches -- and making a mess of it! She can't ride her broomstick without crashing, she's always getting her spells mixed up, and worst of all, the teacher's pet, Ethel, has just become her sworn enemy.

Hurray for Jill Murphy...little girls will love the antics of Mildred Hubble and her hopeless tabby cat (Independent)

Witty and original (Books for Keeps)

Jill Murphy was born in London in 1949. From a very early age she was drawing and writing stories, and was already putting books together (literally, with a stapler) by the time she was six. She went on to study at Chelsea, Croydon and Camberwell Schools of Art. Jill worked in a children's home for four years and as a nanny for a year, before becoming a freelance writer and illustrator. The Worst Witch stories are some of Puffin's most successful titles.

4. The Worst Witch (Paperback or Softback)