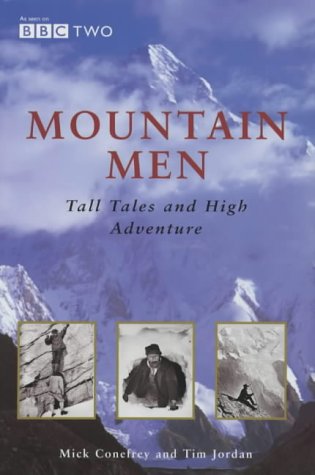 Incredible stories of the greatest, and most infamous, mountaineers in history. The history of mountaineering is full of tales of bravery and heroism, staggering feats of will power and determination. But it also has its darker side, a world populated by misfits and eccentrics, playboy princes and Satanists, charlatans and rogues. Mountain Men is the tie-in to the new BBC2 documentary from the producers of Icemen, who also wrote the tie-in book published by Boxtree. Mountain Men chronicles the foibles and eccentricities, the acts of bravery and madness, of some of the greatest mountaineers in history from Albert Smith who reached the summit of Mont Blanc in 1851 accompanied by 16 guides, and much champagne, to Herman Buhl who made it to the summit of Nanga Parbat in 1953 when all his colleagues had given him up for dead.

"The stories are as colourful and eye-opening as the characters involved.... A great armchair traveller's read even if you don't know your Hillary from your Bonnington." Guardian"

Mick Conefrey, the series producer of Mountain Men, has worked for the BBC for over ten years. His recent directing credits include the documentaries Dancing in the Streets, Even Further Abroad, Building Sights, and Icemen.