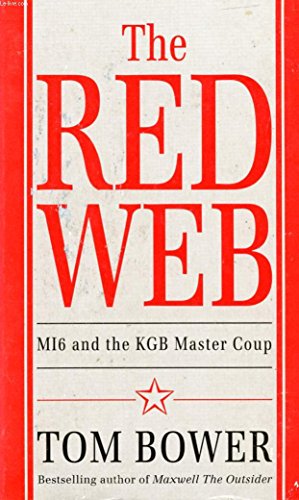 This is an account of how the KGB first compromised, then controlled, the MI6 intelligence network in the Baltic States. Between 1944 and 1955 MI6 thought it had established a major spy network inside the Soviet Union, but the book offers evidence of how the KGB had in fact organized a massive sting operation; of how, for more than a decade, British agents were dropped by boat on the Soviet coast, and many of them lost their lives; and of how, once the betrayal was revealed, MI6 officers abandoned their agents in Russia, hoping that the bungle could be explained away by Kim Philby's treachery. The book's evidence is based on newly-declassified information from Washington, Bonn and Stockholm, access to KGB files and officers, and more than 200 interviews. The author's other books include "Maxwell: the Outsider".

2. The red web: MI6 and the KGB mastercoup

3. The red web : MI6 and the KGB mastercoup Bower, Tom

4. The red web: MI6 and the KGB mastercoup