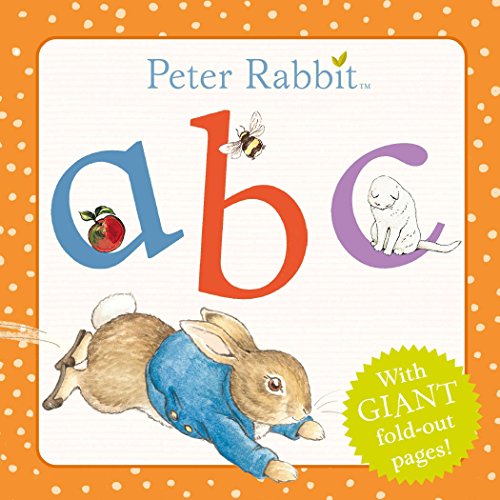 Introduce babies and toddlers to letters of the alphabet, and to Beatrix Potter's famous characters with this Peter Rabbit ABC book! This beautiful padded board book features a giant lift-up flap on every page and an illustration for every letter. Join Peter Rabbit, Squirrel Nutkin, Mrs Tittlemouse and lots of other animal friends inside.

This book is based on the works of Beatrix Potter, who is regarded as one of the best-loved children's authors of all time. From her first book, The Tale of Peter Rabbit, published by Frederick Warne in 1902, she went on to create a series of stories based around animal characters including Mrs. Tiggy-winkle, Benjamin Bunny, Jemima Puddle-duck, Mr. Jeremy Fisher and Tom Kitten. Her humorous, lively tales and beautiful illustrations have become a natural part of childhood.

3. Peter Rabbit A B C [Board book] Potter, Beatrix