Items related to The Reformation of the Parishes: The Ministry and the... 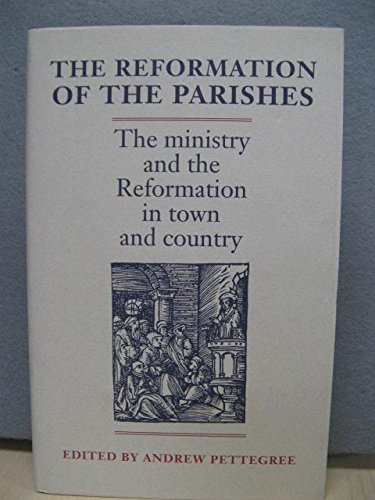 The clergy were central in the initial outbreak and direction of the Reformation. The Reformed Movement had gained much of its impetus from hostility towards the clerical estate and this intensity of feeling had a devastating effect on the clergy in the first decades of the evangelical movement. The status and authority of the clergy had been transformed by the Reformation and this book looks at how they emerged from this traumatic experience - not subdued and demoralized but as a new, respected professional elite. Each chapter in the book looks at a different aspect of the transformation process, illustrating that this process of reconstruction was the work of more than one generation or church. The chapters range from case studies as diverse as pre-Reformation England and Scotland; the development of the ministry in established Lutheran and Catholic cultures in Germany and Lower Austria; and the new missionary Calvinist churches in France and the Netherlands. As a cohesive whole, the studies show how destructive criticism gave way to a recognition of the crucial role that the clergy would play in inculcating the essentials of the new faith. This text is intended for use by specialists and postgraduate students in early modern history and Reformation history.