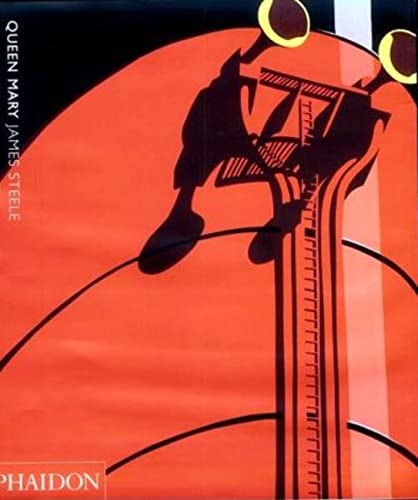 "Anyone who has ever wondered if architecture floats will be convinced by this beautiful, fact-filled book about the last and grandest architecture ever to sail the bounding main. With Steele's intense research, we almost feel like were there."―AIA Jury

This text tells the story of the "Queen Mary", once the world's largest and fastest ocean liner. Put into service in 1936, she soon captured the imagination of the public on both sides of the Atlantic, and came to represent the spirit of an era that was characterized by elegance and style. With her speed and stateliness, the new liner provided a tangible symbol of the end of the Depression, making her maiden voyage from Southampton to New York a source of great national pride. Her Art Deco interiors were renowned for their craftsmanship and attention to detail, with everything from carpets to doorknobs specially designed by the best artists and craftsmen of the period. Contemporary with New York's finest Deco hotels and office blocks, such as the Chrysler Building, the "Queen Mary" provides a floating example of the streamlined style. During World War II, the luxury liner went on to perform service as a troop carrier, where her quickness allowed her to elude the U-boat captains intent on collecting the bounty that Hitler offered for her destruction, and earned the ship the title of "the Grey Ghost".

Weighing over 81,000 tons and spanning over 1000 feet in length, the "Queen Mary's" might and power remained equally impressive in times of war and peace.