Items related to The Snowman (Step Into Reading: A Step 1 Book)

Briggs, Raymond The Snowman (Step Into Reading: A Step 1 Book)

The Snowman (Step Into Reading: A Step 1 Book) 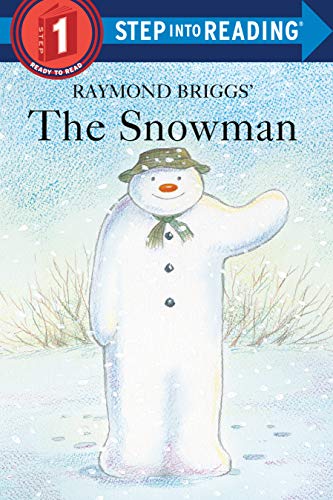 Based on Raymond Briggs's classic, this beautiful illustrated Step into Reading book describes the exciting things that happen to James and his magical snowman.

This story of a young boy's delight in the snow, the snowman he builds and their magical adventure is a delight to share with all children. Narrated entirely through pictures, it captures the innocence and wonder of childhood with its soft, dreamlike illustrations and has become an intrinsic part of Christmas.

Raymond Briggs was born in London in 1934.  At the age of 15, he  went to Wimbeldon Art School to learn how to draw, as he wanted to become a cartoonist.  But there he was told that cartooning was not a profession for gentlemen and that he ought to be a painter.  Raymond then went on to the Slade School in London to study painting as a full-time student.  During his spare time, he began work on a portfolio of illustrations of all kinds, including jackets and a wide selection of drawings to take to publishers.  After illustrating for advertising, newspapers and books, Raymond discovered that book illustration inspired him the most, since it offered far greater variety and freedom than anything else.  Raymond has always found it unfavorable to sustain a consistent illustration style for a long period of time.  He is always seeking to try something else new and different with his work.  Some of Raymond's best known works are The Snowman , The Man , and The Bear .  The setting for The Snowman is based on Raymond's own house and garden, which is in Sussex, England at the foot of South Downs, a few miles from Brighton.