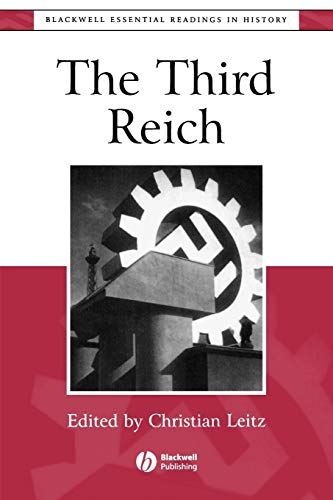 This book presents a unique collection of some of the most influential recent writing on vital aspects of Nazi Germany.

"The essays are of high quality, written by respected authors, and some are classics." (Times Higher Education Supplement)

This book is a collection of some of the most influential recent writing on vital aspects of Nazi Germany. It provides readers with an insight into new perspectives on traditional understandings of the Third Reich as well as covering all the central aspects of the period, from the rise of the Nazis and the internal organization of the regime, to Germany's role in the Second World War.


The readings incorporate discussion of social and economic change, the personality of Hitler, the role of women in Nazi Germany, the involvement of German armed forces in the atrocities of the Second World War, the relationship between the German people and the Gestapo and, most controversially, continuing debates about German public opinion and the Holocaust. A key feature is the inclusion of three seminal articles by German historians translated into English here for the first time. The volume begins with a substantial editorial introduction to current issues and each essay is prefaced with a headnote, setting it in its historiographical context.

6. The Third Reich: The Essential Readings

9. The Third Reich: The Essential Readings

10. The Third Reich: The Essential Readings

Book Description 1999. Condition: NEW. 9780631207009 This listing is a new book, a title currently in-print which we order directly and immediately from the publisher. For all enquiries, please contact Herb Tandree Philosophy Books directly - customer service is our primary goal. Seller Inventory # HTANDREE0752196