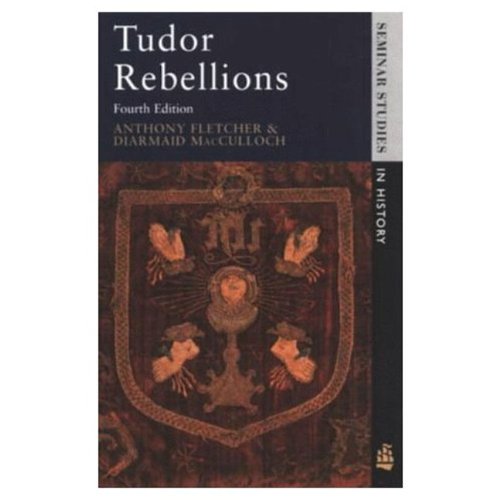 Diarmaid MacCulloch (winner of the Whitbread Biography Prize) has collaborated with Anthony Fletcher to rewrite this important text which throws light on some of the main themes of Tudor history. Topics addressed include: the dynasty's attempt to bring the north and west under control, the progress of the English Reformation and the impact of inflation, taxation and enclosure on society. New for this edition is an analysis of the rebellions in England and Ireland in the 1590s.

Written in a clear and accessible manner, the book:

Also including a selection of primary source documents, Chronology, Who’s Who of key figures and a full colour plate section, Tudor Rebellions provides an invaluable chronological account and analysis of the rebellions that affected the Kingdom of England between 1485 and 1603.

ANTHONY FLETCHERwas formerly a Professor of History at the University of Essex. DIARMAID MACCULLOCH is a Fellow of St. Cross College and Professor of the History of the Church at Oxford University.

Anthony Fletcher was Professor of History, University of Essex.

Diarmaid MacCulloch is one of the leading historians of Tudor England and is Professor of Church History in the Theology Faculty at the University of Oxford. He has written widely in the past, including the books 'Thomas Cranmer: A Life' (Yale University Press) and 'Tudor Church Militant: Edward VI and the Protestant Reformation' (Penguin). He is currently writing a major survey of the European Reformation for Penguin.