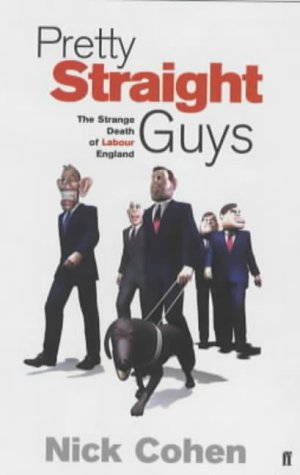 Nick Cohen explores the feeling of angry impotence which has swept modern Britain during the Labour administration. The text shifts focus away from Westminster and into the more diverse and unexpected territories of New Labour influence, from America to India. Based on original research and interviews - and an instinct for stories other journalists ignore - this book combines contemporary history with satire and polemic.

A devastating assault on New Labour ... Cohen's uninhibited onslaught on everyone around him is hugely enjoyable. -- Roy Hattersley, Observer, September 2003

A gut-wrenching read for all of us who have remained engaged with the Götterdämmerung of Blair's premiership. -- Will Self, New Statesman, September 2003

Nick Cohen writes for the Observer and New Statesman. A collection of his journalism, Cruel Brittania: Reports on the Sinister and the Preposterous, was published by Verso in 1999. He lives in London with his wife and son.

Book Description Faber and Faber, London, U.K., 2003. Hardcover. Condition: New. Dust Jacket Condition: New. 1st Edition. Hardback. London, U.K. ***SIGNED BY AUTHOR***. English language; First Edition, First Impression. No creasing to spine. No signs of foxing. 296 pp. Without dedication. Dust Jacket: Un-clipped Ł14.99. Signed & Lined. Can send more images. IN EXCELLENT CONDITION. (most of our books are 1st editions). We can send you photos of this 1book with a detailed description. Shipping is normally same day from the UK. "UK BASED SELLER ALL OVERSEAS SHIPPING VIA AIRMAIL". If you do not want this service please make it clear to Abebooks you wish by Ship. In Stock.- THANKS! We do not stock Ex-Library Editions or Book Club Editions. We offer a money back guarantee if you are not fully satisfied, please contact us if you have any questions. Bookseller Inventory #O. 20180305_170551. / 20180305_170619_1. Signed by Author(s). Seller Inventory # 004073