Items related to The Galton Case 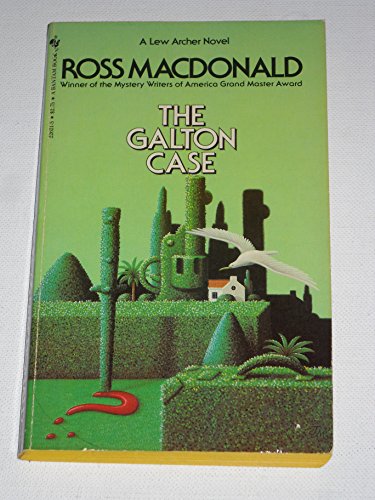 Anthony Galton disappeared almost 20 years ago. Now his aging--and very rich--mother has hired Lew Archer to bring him back. What turns up is a headless skeleton, a suspicious heir, and a con man whose stakes are so high that someone is still willing to kill for them.

Ross Macdonald's real name was Kenneth Millar. Born near San Francisco in 1915 and raised in Ontario, Canada, Millar returned to the U.S. as a young man and published his first novel in 1944. He served as the president of the Mystery Writers of America and was awarded their Grand Master Award as well as the Mystery Writers of Great Britain's Gold Dagger Award. He died in 1983.

Almost twenty years have passed since Anthony Galton disappeared, along with a suspiciously streetwise bride and several thousand dollars of his family's fortune. Now Anthony's mother wants him back and has hired Lew Archer to find him. What turns up is a headless skeleton, a boy who claims to be Galton's son, and a con game whose stakes are so high that someone is still willing to kill for them. Devious and poetic, The Galton Case displays MacDonald at the pinnacle of his form.