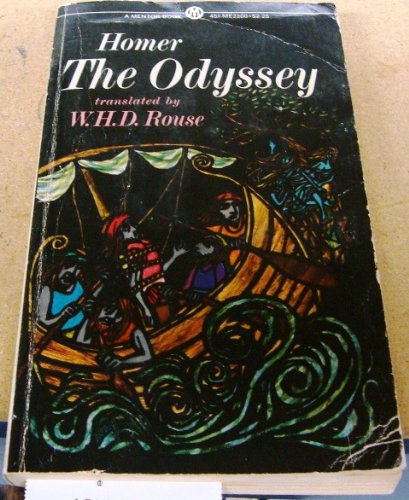 This work recounts the story of Odysseus' return to Ithica from the Trojan war and tells how he encountered many trials before being united with his faithful wife Penelope, at the end of his wanderings.

The second work of Western literature, Homer's Odessey is, as Peter Jones says in his illuminating introduction, "rich in character, adventure and incident, reconciling reality with fantasy, the heroic with the humble." It recounts the story of Odysseus's return to Ithaca from the Trojan war and tells how, championed by Athene and hounded by the wrathful sea-god Poseidon, Odysseus encounters the ferocious Cyclops, escapes Scylla and Charybdis, and yields temporarily to the lures of Circe and Calypso before he overcomes the trials awaiting him on Ithaca. Only then is he reunited with his faithful wife Penelope, his wanderings at an end.

Book Description Mass Market Paperback. Condition: Good. Connecting readers with great books since 1972. Used books may not include companion materials, some shelf wear, may contain highlighting/notes, may not include cdrom or access codes. Customer service is our top priority!. Seller Inventory # S_315954858