Items related to Image, Sound and Story: Art of Telling in Film

Image, Sound and Story: Art of Telling in Film 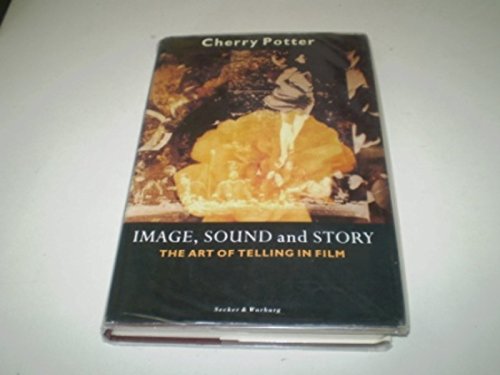 In this text which provides an insight into the way the elements of a film - image, sound and story - are put together, Cherry Potter has used her e xtensive experience as a teacher to provide a combination of analysis and i nspiration, which will engage the interest of the thinking cinema-goer as well as the aspiring screenwriter. In the first section, using such famous sequences as the opening scenes of both Bergman's "Persona" and Orson Welles' "A Touch of Evil", and the watch sequence from the Sergio Leone's "For a Few Dollars More", she looks at film in microcosm in order to examine the nature of film language and the interaction between sound and image. In the second section she explores larger questions of structure in films such as Schlesinger's singer's "Midnight Cowboy" and Brunel's "Viridiana", moving on to departures from the classic form in films such as Cimino's "Heaven's Gate" , Akerman's "Les Rendezvous D'Anna", Pasolini's "Theorem" and Tarkovsky's "Mirror". The third section, which will be of particular interest to anyone who has ever thought of writing a film script, looks at the imaginative process of generating film ideas, invites the reader to explore their own creativity and provides essential guidance as well as practical exercises designed to develop the skills of potential screenwriters.

1. Image, Sound and Story: Art of Telling in Film

2. Image, Sound and Story: Art of Telling in Film

Book Description Hardback. Condition: Very Good. The book has been read, but is in excellent condition. Pages are intact and not marred by notes or highlighting. The spine remains undamaged. Seller Inventory # GOR002176559