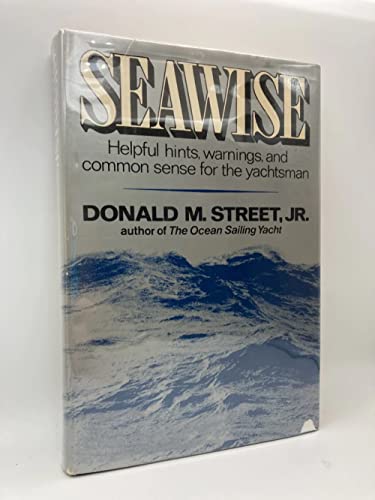 D. M. Street Jr., a lifetime sailor of tremendous experience wrote this book in 1979. In the Prologue he reviews what he said in 1979 and updates it to the 21st Century in the light of new equipment available to the yachtsman and in the light of the considerable sailing he has done since that time.Now aged 74, D. M. Street Jr. bases his views (not always popular ones) on a lifetime at sea. Most yachtsmen think of Street and Iolaire-the 46-ft. engineless yawl built in 1905 that Street has owned since 1957-as the author of Caribbean Guides. They forget (or do not realize) the breadth of his varied experience in delivering and navigating other boats. Thirty six trips between North America and the islands or the reverse; a dozen trans-atlantics; four Fastnet Races; One Bermuda Race; plus other distance races and regattas too numerous to mention, on various different boats.He has cruised the entire eastern Caribbean, east coast of North America, European waters: Ireland, England, the Baltic, France, Brittany, Normandy, the Western Mediterranean. He has also cruised all the Atlantic Islands: Madeiran Archipelago, Canaries, Cape Verdes, Bermuda, and the Azores. Few yachting authors have has as extensive and varied experience cruising both inshore and off shore.He has been an enthusiastic racer all his life, racing boats of all types from dinghies to J-boats where he has served as Rock, Tide & Wind Pilot on Shamrock V. Since 1985 he and his sons have competitively raced their 1937 Dragon Gypsy in Glandore, Ireland.

"Since 1963, cruising yachtsmen have regarded Street's guides as their bible for safe navigation." -Warren Brown, winner of the Cruising Club of America Bluewater Medal in 1989