Items related to The Harafish 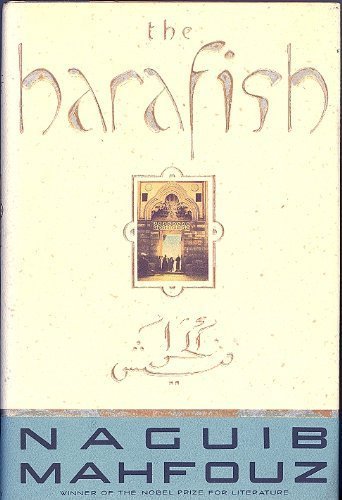 Naguib Mahfouz was born in Cairo in 1911 and began writing when he was seventeen. His nearly forty novels and hundreds of short stories range from re-imaginings of ancient myths to subtle commentaries on contemporary Egyptian politics and culture. Of his many works, most famous is The Cairo Trilogy, consisting of Palace Walk (1956), Palace of Desire (1957), and Sugar Street (1957), which focuses on a Cairo family through three generations, from 1917 until 1952. In 1988, he was the first writer in Arabic to be awarded the Nobel Prize in Literature. He died in August 2006.

Written by a Nobel Prize-winner, this is a mythic tale with a modern, soap-opera-like plot, featuring the dramatic history of the al-Nagi family. It displays the weaknesses of the human character - pride, dishonesty, lust, greed - and of the greatness we are capable of when we overcome them.

Book Description Condition: Good. A+ Customer service! Satisfaction Guaranteed! Book is in Used-Good condition. Pages and cover are clean and intact. Used items may not include supplementary materials such as CDs or access codes. May show signs of minor shelf wear and contain limited notes and highlighting. Seller Inventory # 0385403623-2-4

Book Description Hardback. Condition: Very Good. The book has been read, but is in excellent condition. Pages are intact and not marred by notes or highlighting. The spine remains undamaged. Seller Inventory # GOR002401435

Book Description Hardcover. Condition: Used; Good. **Simply Brit** Shipped with Premium postal service within 24 hours from the UK with impressive delivery time. We have dispatched from our book depository; items of good condition to over ten million satisfied customers worldwide. We are committed to providing you with reliable and efficient service at all times. Seller Inventory # 3207565