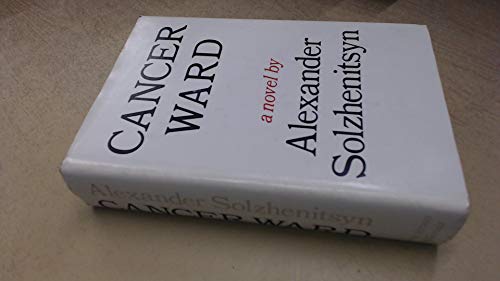 A metaphorical exposition of the USSR set in a cancer ward for men, where, in extreme situations, the patients face basic moral choices. From the author of ONE DAY IN THE LIFE OF IVAN DENISOVICH.

"And what does Solzhenitsyn say about cancer? How does he reach me, in Australia, with his Russian book? He shows me something valuable that I discovered during my own medical treatment. The people who are involved in cancer -- the sufferer, the doctors, the nurses, the orderlies -- are often occupied less with the cancer than with each other. There are small societies of patients and medical workers in a hospital ward, and in those societies people share what they have: their love and resentment, their stories and observations." (Brenda Walker The Australian)

"Solzhenitsyn is a man of genius...it is a privilege to be Solzhenitsyn’s contemporary" (Observer)

'Without a doubt the greatest Russian novelist' Sunday Times