Items related to Letters and Papers from Prison: The Enlarged Edition:...

Letters and Papers from Prison: The Enlarged Edition: E.Bethge 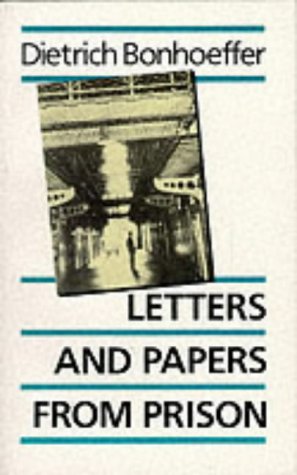 Letters and Papers frrom Prison first appeared in English in 1953. A revised translation of the same material was published in 1967, but in 1971 this was replaced by an enlarged edition containing a great deal of new material released by Eberhard Bethge, Bonhoeffer's friend and literary executor, to mark the twenty-fifth anniversary in 1970 of Bonhoeffer's death at the hands of the Nazis. This new material - further letters and occasional pieces written by Bonhoeffer while in prison; the other side of the correspondence, from Bethge and the Bonhoeffer family; an article by Bonhoeffer's fiancee, Maria von Wedemeyer-Weller, describing unpublished letters to her - subtly alters the impression which this unique correspondence had made. The startling theology is still there, but it now emerges from a deeply moving story of a very human man deprived of his freedom indefintely; longing for freedom, pining for his fiancee, frustrated by forced inactivity, yet turning all these things into a triumphant expression of the power of human courage and the grace of God.

'With regard to composition there is hardly blemish of any kind: the grammar, the rhymes, the lucidity of expression, the consistency of style, the adaptation to various metres, the use of repition are all well-nigh prefectly formed...Very good valuer indeed!' Methodist Recorder, February 2007

Dietrich Bonhoeffer was born in Breslau in 1906. The son of a famous German psychiatrist, he studied in Berlin and New York City. He left the safety of America to return to Germany and continue his public repudiation of the Nazis, which led to his arrest in 1943. Linked to the group of conspirators whose attempted assassination of Hitler failed, he was hanged in April 1945.

1. Letters and Papers from Prison: The Enlarged Edition