Items related to The Seeds of Murder

Michael Underwood The Seeds of Murder

The Seeds of Murder 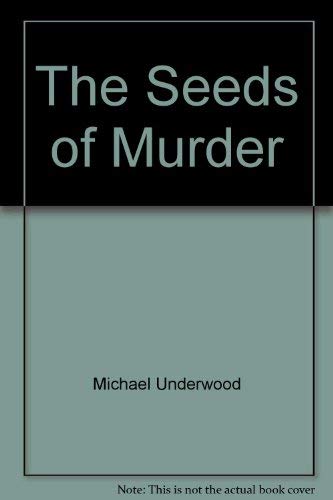 Solicitor Rosa Epton finds herself investigating a double murder in the small village of Greenborough when she is asked to represent the man the police believe to be the obvious - and only - suspect.

Rosa, however, is not the only person on the dead man's trail. Everyone from inquisitive journalists to MI5 appears to be taking an interest - and none so much as the dead man's mother, a cockney matriarch with a score to settle.
Michael Underwood (the pseudonym of John Michael Evelyn) was born in Worthing, Sussex and educated at Christ Church College, Oxford. He was called to the Bar in 1939 and served in the British army during World War Two. He returned to work in the Department of Public Prosecutions until his retirement in 1976, and wrote almost 50 crime novels informed by his career in the law. His five series characters include Sergeant Nick Atwell and lawyer Rosa Epton, of whom it was said by the Washington Post that she 'outdoes Perry Mason'.

1. The Seeds of Murder

Book Description Macmillan, 1991. Hardcover. Condition: Good. Darkened tan to the page edges. Good condition is defined as: a copy that has been read but remains in clean condition. All of the pages are intact and the cover is intact and the spine may show signs of wear. The book may have minor markings which are not specifically mentioned. Most items will be dispatched the same or the next working day. Seller Inventory # mon0011779910

2. The Seeds of Murder

3. The Seeds of Murder

4. The Seeds of Murder