Items related to The Places In Between

Stewart, Rory The Places In Between

The Places In Between 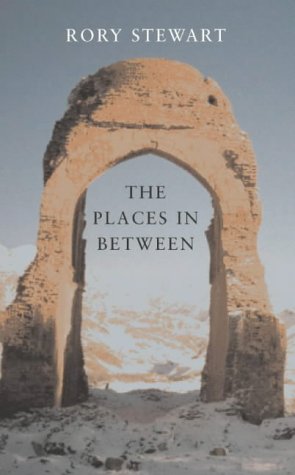 In 2001 Rory Stewart set off from Herat to walk to Kabul via the mountains of Ghor in central Afghanistan. This was to be the last leg of a 21 month walk across Asia. The country was in turmoil following the recent US invasion and the mountain passes still covered in snow. Suspicious of his motives, and worried for his safety, the authorities provided Rory with two armed guards who accompanied him, but whom he soon out-walked. Later he was given a dog, whom he named 'Babur' in honour of the great Moghul Emperor in whose footsteps the two of them were travelling. War and weather impeded their journey, while Rory made discoveries of breath-taking beauty, like stumbling into the lost Turquoise City, a mythic archaeological treasure being dismantled and sold even as he came upon it. Both suffered considerable hardship and danger on a journey that took him to places both geographically and spiritually remote, but where almost everyone he met was to offer him a roof for the night and a meal. This is travel writting of the highest order, but with greater element of adventure and danger than is usual. It is a powerful account of what it is to travel painfully and slowly on foot in an alien and hostile landscape. The writing also brings with it insight into the nature and thinking of remote Islamic communities as well as the almost spiritual intensity of the experience of walking, as Rory Stewart stepped across almost uncharted territory, and tested the limits of other people's generosity and of his own endurance.

'Rory Stewart must have balls of steel. But he writes like an angel all the same' -- Giles Foden

'This is an astonishing achievement: a unique journey of great courage' -- Colin Thubron

'This is travelling at its hardest and travel-writing at its best: a most perilous journey recounted with skill and understanding' -- David Gilmour

...A laconic but moving account of his heroic walk through Afghanistan. -- Simon Gray in The Daily Telegraph, November 2004

Adapted for the afternoon play on Radio 4 and Radio Times
Radio Choice of the Day.

1. The Places in Between

Book Description Hardcover. Condition: Good. No Jacket. Item is in good condition. Some moderate creases and wear. This item may not come with CDs or additional parts including access codes for textbooks. This may not have a dust jacket. Might be an ex-library copy and contain writing/highlighting. Photos are stock pictures and not of the actual item. Seller Inventory # DS-0330486330-3