Items related to Kill Her Again 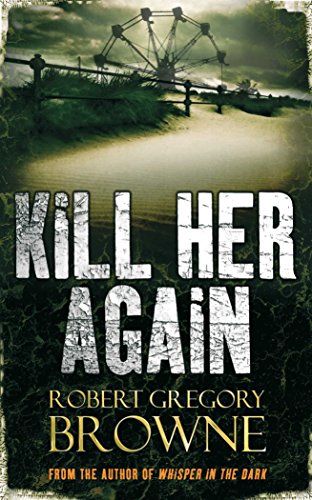 FBI agent Anna McBride has reached a crisis point in her life. Disgraced and demoted after leading a disastrous operation in South San Francisco, she finds herself reassigned to one of the Bureau’s Southern California satellite offices, stuck with a partner who’s about as obnoxious as they come. But Anna is also battling demons of her own. Increasingly vivid and disturbing nightmares have begun to blur her judgement and interfere with her job. Nightmares of a little girl being kidnapped by a man who keeps appearing with a red cap. . .

When she seeks the help of hypnotherapist, Daniel Pope – a consultant on a case she’s currently investigating – a past life regression session suggests that Anna is the reincarnated victim of a notorious serial killer. Armed with this knowledge, and using clues found only in her nightmares, Anna circumvents Bureau rules and begins investigating a twenty-eight year-old case, hoping to find the killer of the girl who once harboured her soul . . .

‘Raymond Chandler would have loved it . . . a metaphysical jump-start of a debut novel . . . Not to be missed’ Independent on Sunday

Praise for "Whisper in the Dark": "A taut psychological thriller with hints of the supernatural and an ending that will leave readers speechless...The deeply satisfying story moves at a furious pace, packed with unexpected and original clues and plot twists."" --Publishers Weekly" (starred review)""Whisper in the Dark" will have you on the edge of your seat. Magnificent!" --TheTruthAboutBooks.com